For the last several years, Barcelona has been one of a handful of cities that has lead the way when it comes to the smart city revolution. Although its timelessly charming streets depict an urban environment drenched in abounding historic beauty, if you look close enough, you’ll find that there’s a current of digital innovation flowing just about everywhere. The city is already utilising modern infrastructure to create a more functional and integrated urban ecosystem; its streets have asphalt sensors that relay information about parking availability, and the city-wide use of 19,500 smart meters allows for the optimisation of energy consumption. In addition, Barcelona annually hosts the internationally renowned Smart City Expo World Congress which aims to “empower cities and collectivise urban innovation across the globe”.

Barcelona’s desire to harness new technology in order to find innovative solutions becomes even more intriguing when we look at the potential that technology can have in combatting the city’s well documented problems with air pollution. With over one million motorised-vehicle journeys taking place everyday, 60% of the nitrogen oxide found in the city’s atmosphere is caused by combustion engines. The city council has already taken steps to reduce emissions by placing a ban on the use of older private cars and vans travelling within the city centre and throughout 39 of its surrounding municipalities. The aim is to bring down emissions by up to 10% over the next 5 years, in keeping with the levels recommended by the World Health Organisation. This is a good start, but innovation and technology can take us much further in tackling pollution, whilst also creating a city designed to look after its citizens’ well being; a future city that works better for everyone and is able to provide greater all-round accessibility based upon the needs of service users.

5G technology is set to radically change both the way in which our cities function as well as our overall capacity for fluid communication. Fifth generation wireless network technology delivers lower-latency and increased bandwidth, making autonomous vehicles and greater interconnectivity through “the Internet of all things” a plausible reality. If used in the way in which Barcelona’s officials intend to, 5G will make Barcelona a truly smart city.

Barcelona is not only ahead of the game when it comes to urban-infrastructure, it’s also unique in how its leaders and governing bodies are pledging to mobilize and adapt the use of disruptive technologies. For many, the thought of an all-knowing, future city, with algorithms that know more than its citizens might be rather disconcerting, but it doesn’t have to be that way. Barcelona’s planners and representatives have openly stated their commitment towards decentralizing data. Francesca Bria, Chief of Technology and Digital Innovation for Barcelona City Council has spoken at length about the importance of a “citizen owned data ecosystem”, one that takes algorithmic control and data ownership away from big business, and allows data to be used in a way that directly benefits society at large, by creating a clear participatory approach where technology is employed as a means to better the urban experience.

So what would 5G mean for Barcelona?

With all this in mind, let’s take a look at how the rollout of 5G technology might be used within specific areas of the city. How can greater interconnectivity help to directly improve Barcelona’s neighborhoods? And how might their unique character inform and shape part of a new smart city?

Poble Nou is the city’s technological and creative heartland. With dozens of notable start-ups and co-working spaces operating out of 19th-century industrial buildings, its tech-savvy residents and workers will be the early adopters of 5G technology. The neighbourhood is currently part of a pilot project called Makers District which aims to inspire collective action, drawing on the “fab city” model whereby communities try to produce everything they consume (with a focus on sustainability) whilst using technology to work on a global scale (the data in, data out model).

The adoption of 5G will allow the globally connected businesses within Poblenou to transfer data up to five times faster than they are currently able to with 4G. This means that businesses will be able to communicate with zero latency. At a local level, increased connection speed means improved Machine-to-Machine interaction (M2M). Customers who want to make use of services like Glovo, a Barcelona-based courier service, can configure their devices to pay automatically and track deliveries in real-time with no lag.

L’Eixample is the 19th century gridded neighborhood that expands out from the old part of the city. The council is in the process of adopting a new traffic plan in this neighborhood, known as Superilles (Superblocks). The plan aims to create “mini-neighborhoods” set inside of a nine-block radius where no through-traffic can pass. By redirecting through traffic, reducing the speed limit within these mini-blocks to 10KM per hour, and making them only accessible to local residents, this part of the city will become more pedestrian-friendly and subsequently reduce overall congestion.

5G will allow for greater V2I (Vehicle to Infrastructure) interconnectivity, increasing fluidity and allowing traffic to be better controlled under plans like Superblocks. As increased bandwidth will also allow for the emergence of automated vehicles, eventually, newer cars will also be able to utilise Vehicle to Vehicle (V2V) communication to prevent accidents.

The densely populated neighborhood of El Carmel, like many in the hilly suburbs of the city, uses a fleet of smaller neighborhood buses (bus del Barri), to provide localized transport links. In El Carmel, these links are an essential service as they navigate steep inclines and connect residents to the greater citywide network. The use of on-demand technology can, and in fact already is, helping to make local bus services like this function more fluidly and efficiently.

Very recently, Shotl teamed up with TMB (Transports Metropolitans de Barcelona) to launch the city’s first On-demand shuttle service in the nearby neighborhood of Torre Baró. This service allows users to request, and be matched with a ride in real-time, improving first and last mile connectivity. When applied to a more central neighborhood like El Carmel, more intelligent public transit systems like this one can provide greater efficiency; decreasing the necessity for private car journeys and subsequently making our cities less polluted and less congested in the process.

Shotl and the 5G revolution

At Shotl, we believe that new technology should be used to improve and change the way we think about transportation. We know that cannibalization within the mobility market place should be prevented and we support Barcelona’s vision to develop an open source, decentralized data-eco system that uses data to create better all-around mobility and service for everyone.

Our current and ever-growing collaboration with both public authorities and existing operators in cities around the globe is helping to fuel the mobility revolution. Platforms like the Shotl On Demand App are revolutionizing the future of mobility, by placing the management and scheduling of public transit into the hands of service users and allowing for a more collaborative, citizen-led planning process.

As 5G technology and smart cities continue to develop it is essential that we create broad alliances that empower from the bottom up and here at Shotl we are committed to this kind of 5G revolution. 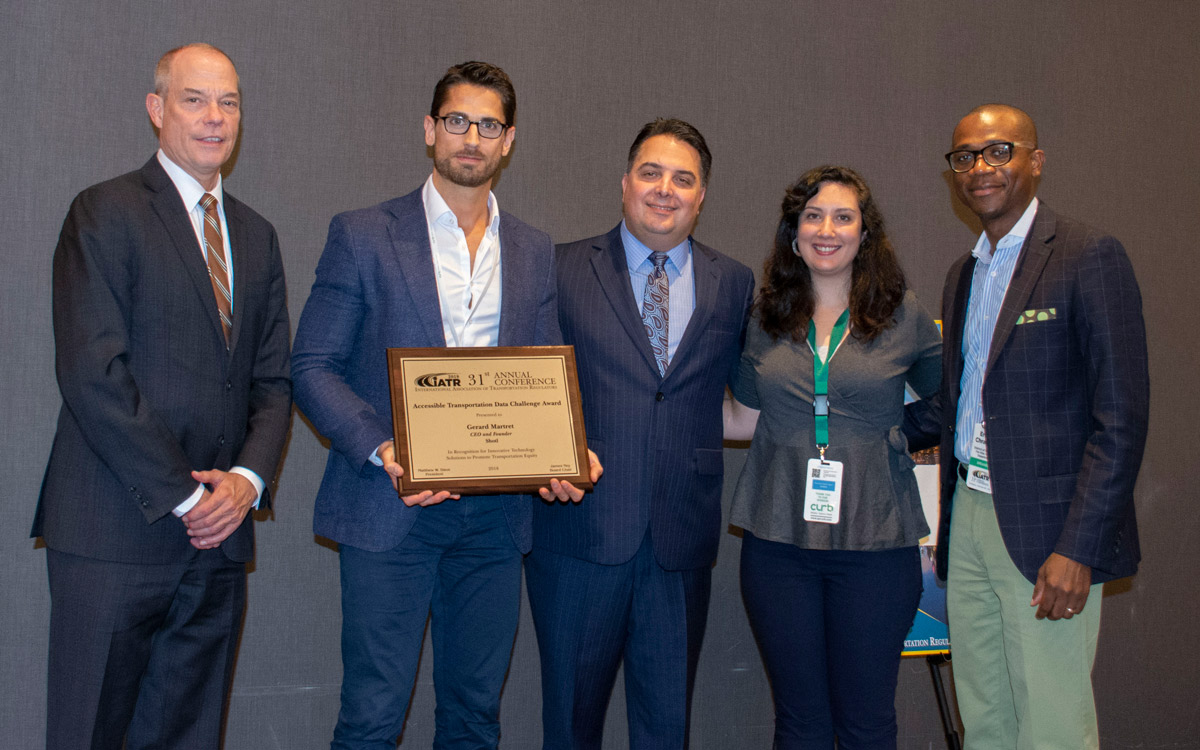 Shotl was selected by a committee of IATR judges as the winning candidate and was invited to present in Philadelphia on September 16th at the 31st Annual Conference. 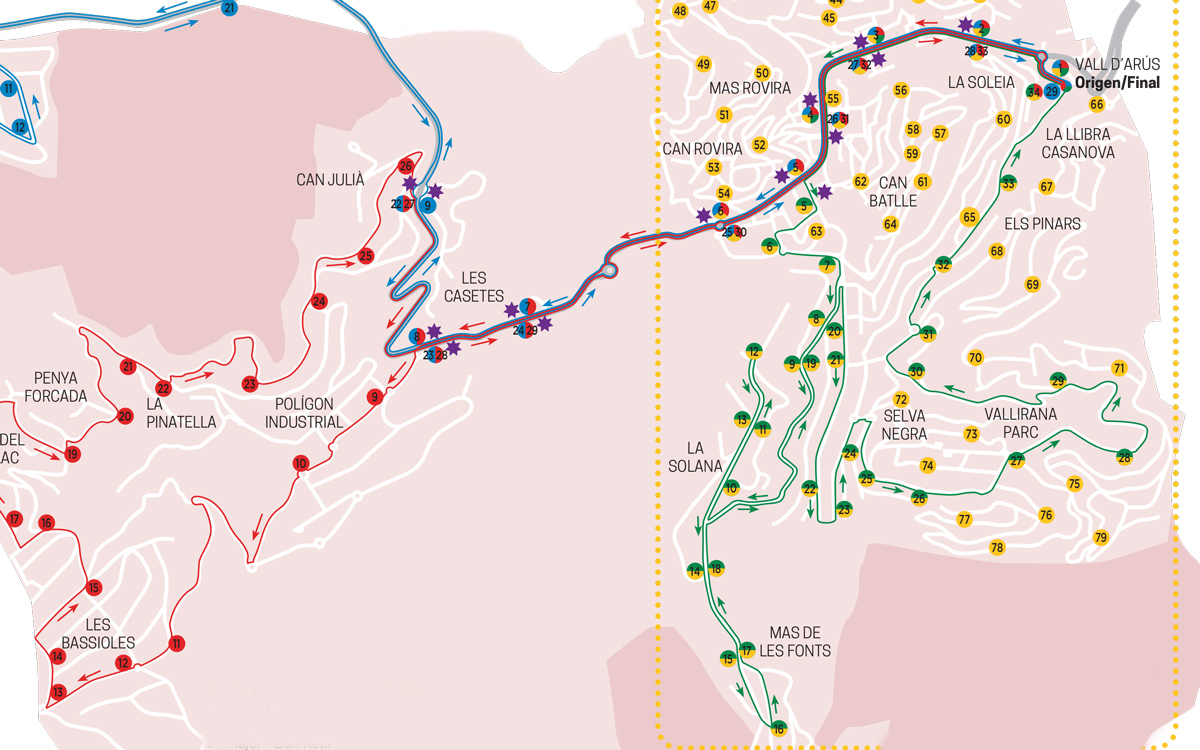 From August 1st Shotl will start providing dispatch services, as well as a matching platform, for a new intelligent and flexible transport system in the residential area of Vallirana, a suburb of Barcelona. 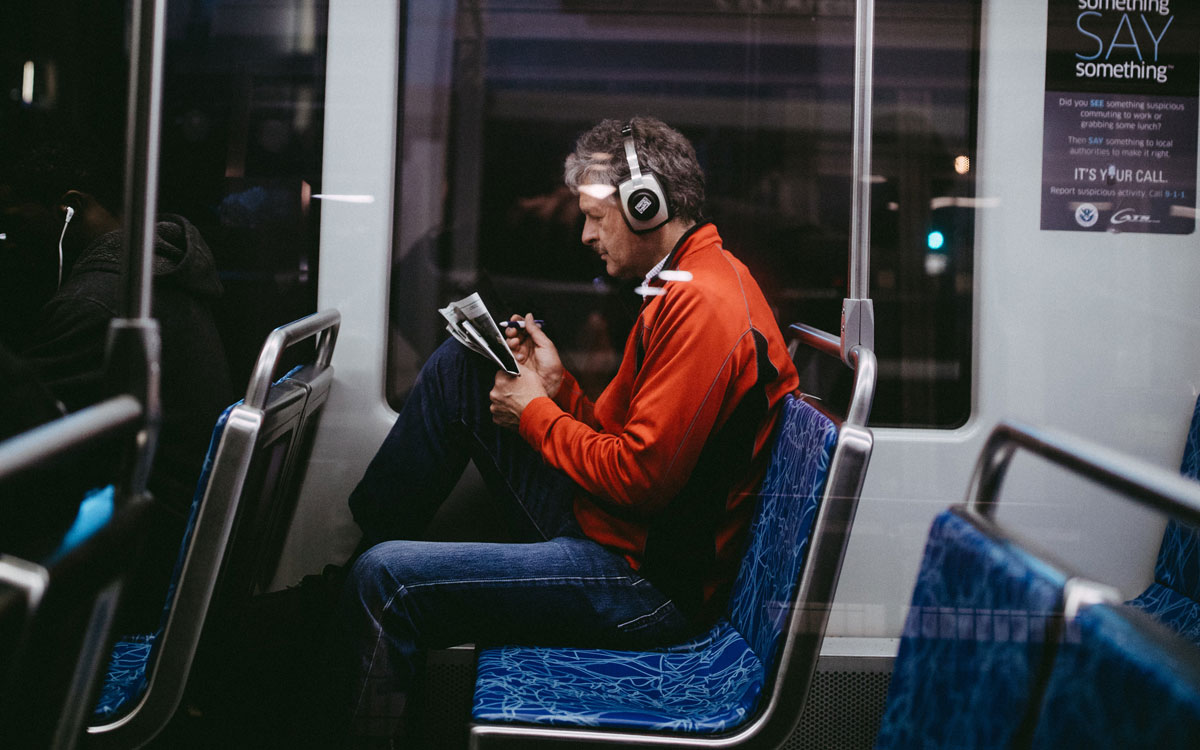 5 Ways to Improve Your Commute

With increased reliability, it is reasonable for commuters to view their commute time as a credible window in which to get productive and gain perspective for the day ahead.